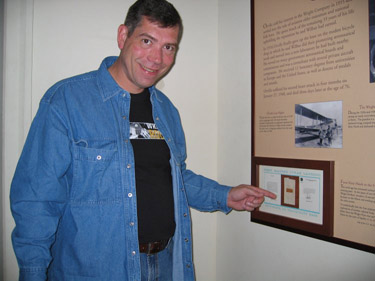 Ken and a fragment of the Wright Flyer
taken to the Moon during Apollo 11.
Photo by Angele Glover at the National Air & Space Museum,
Washington, D.C. in September 2005.
(click on the image for a larger version)


I was born in Ottawa, Canada, on the day that Ranger 7 impacted the Moon. I operate a metal service centre.

I've been married since 1994 to Angele, who continues to support my pursuit of hobbies that include working on the Journals and playing music with friends. We are both avid fans of the Ottawa Senators Hockey Club -- Go Sens!

I've been interested in science and technology for as long as I can remember. My fascination with Project Apollo began as soon as I was old enough to appreciate the idea of people travelling to and walking upon the Moon.

Contributing to the Apollo Lunar Surface Journal continues to be a rewarding, ongoing educational experience for me. I've also had the pleasure of meeting some fellow contributors over the past few years.

I believe that, as Project Apollo slips further into the past, it is crucial to continue to collect, retain and disseminate as much information as possible from the experience of "going somewhere else", and hope to do whatever I can to help. 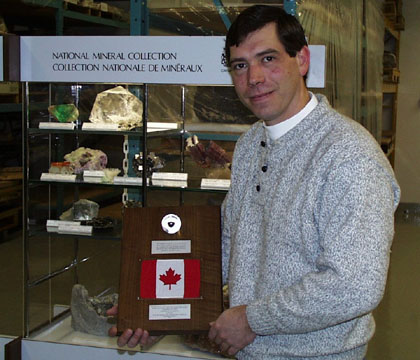 Ken with Canada's portion of the Apollo 17 Goodwill Rock
at the Storage and Conservation Facility for the Canadian Museum of Nature in Gatineau.
January 2000. Photo by Angele Glover. 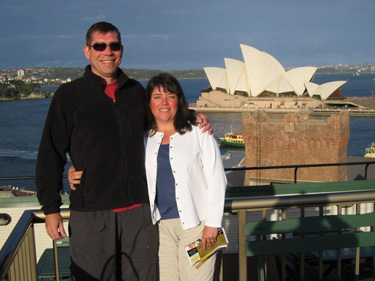 Ken and Angele on the roof of the Holiday Inn in the Rocks,
overlooking Sydney Cove and the Opera House. October 2004.
(click on the image for a larger version.) 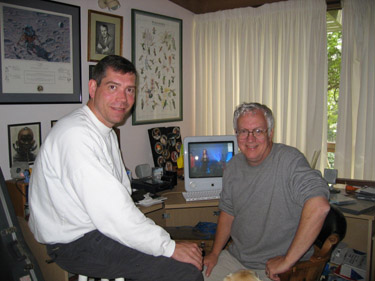 Ken and Eric at ALSJ Control, Wodonga, October 2004. Photo by Angele Glover.
(click on the image for a larger version.) 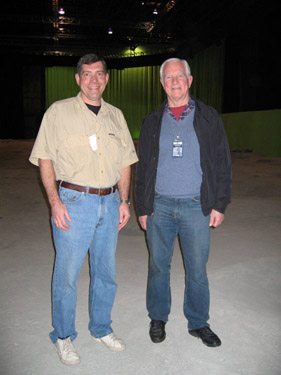 Ken and Dave Scott
on the set of Magnificent Desolation
21 January 2005. Photo by Christopher Cowen.
(click on the image for a larger version) 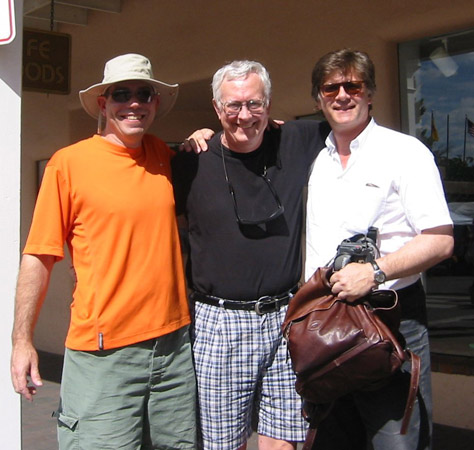 Ken, Eric, and Ulli
on the Plaza in Santa Fe, New Mexico.
Photo by Angele Glover, 2004.